The Gujarat government on Thursday cancelled the eight-day Navratri vacation announced earlier for the state-run or affiliated schools and colleges following an opposition from the self-financed schools.

For the first time, the BJP government had declared holidays during the Navratri on 'popular demand', last year. This year as well, the state government had announced that an eight-day vacation will be given between September 30 and October 7. However, after taking into consideration the views of the management of several schools that were against the decision to giving vacation, the state government during its cabinet meeting on Thursday, decided to scrap the holidays earlier announced for the schools and colleges of the Gujarat board. 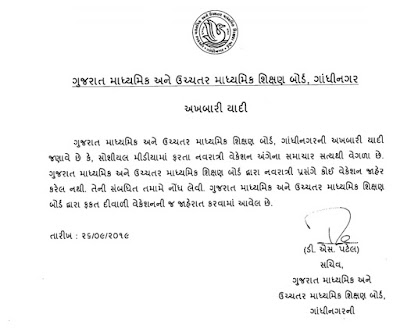 "After intense deliberations and in the wake of representations received from various quarters, the state cabinet, under the leadership of Chief Minister Vijay Rupani, decided not to give Navratri vacations," Education Minister Bhupendrasinh Chudasama said, after the cabinet meet in Gandhinagar.

When the eight-day Navratri vacations were announced for the first time last year, many private schools had expressed their apprehensions stating that the move would adversely affect the studies of students, especially those appearing for Class X and XII board exams. However, the vacation was not applicable to the schools affiliated to the CBSE, the ICSE or other boards.

Many self-financed schools affiliated to the Gujarat Secondary and Higher Secondary Education Board (GSHSEB) had also defied the state government order and continued with their academic calendar last year.

Dipak Rajyaguru, president of the Federation of Self-Financed Schools in Gujarat, welcomed the state cabinet's decision, saying that such a vacation was not needed in the first place.

"Ever since the Navratri vacation was declared last year, we have been asking the state government to withdraw its decision, as we felt that it will affect the studies. Though the vacation finally came into effect, as many as 400 private schools in Surat district alone, had stuck to their academic schedule and did not take vacation," he said.