Praveshotsav Canceled Due to VAYU Efect

Praveshotsav Canceled Due to VAYU Efect

On 13th and 14th June, the school admission ceremony was to be held in the rural and urban areas. But during this time gas was postponed due to the possibility of hurricanes. After that the school has already completed 17 days, the state government has taken a major decision.

The state government has made an important decision on the admission of school admission. This year's school admission celebration will not be celebrated. The Education Minister had made a statement about the removal of the school admission ceremony. He said that the entrance festival has been postponed due to air storm. The entry festival has been canceled since the school started 17 days.
In addition, he said that this year the admission program has been postponed till the end of the debate in the cabinet held today. Officials and officials are also busy when the session of the legislative assembly is approaching. The school enrollment program has been canceled, with the school having passed 17 days.

It is to be mentioned here that admission ceremony in 1277 primary and 1550 secondary schools of the state was to be held. In which Chief Minister Vijay Rupani was going to Gandhinagar to get admission in the school. Apart from this, the Deputy Chief Minister, Nitin Patel, had to be admitted to the school in Mehsana.

Together with the state ministers, 57 dignitaries were also going to different schools and the students had to be admitted to the school. But a decision has been taken to cancel the admission this year at a Cabinet meeting on Wednesday. 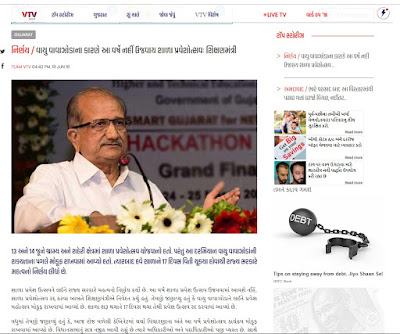 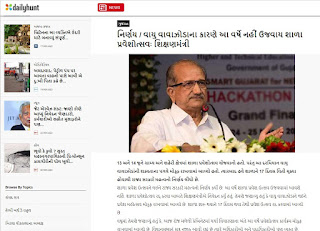