The central government has announced a nationwide lockdown till May 31. Lockdown-4 will now be for 14 days which is till 31st May. The rules and regulations will be announced shortly. Lockdown-3 is set to expire today. When Prime Minister Narendra Modi first announced the lockdown on March 24, there were about 300 patients with corona virus in the country. 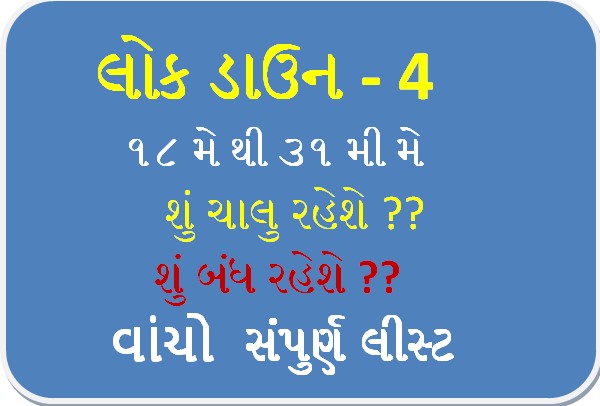 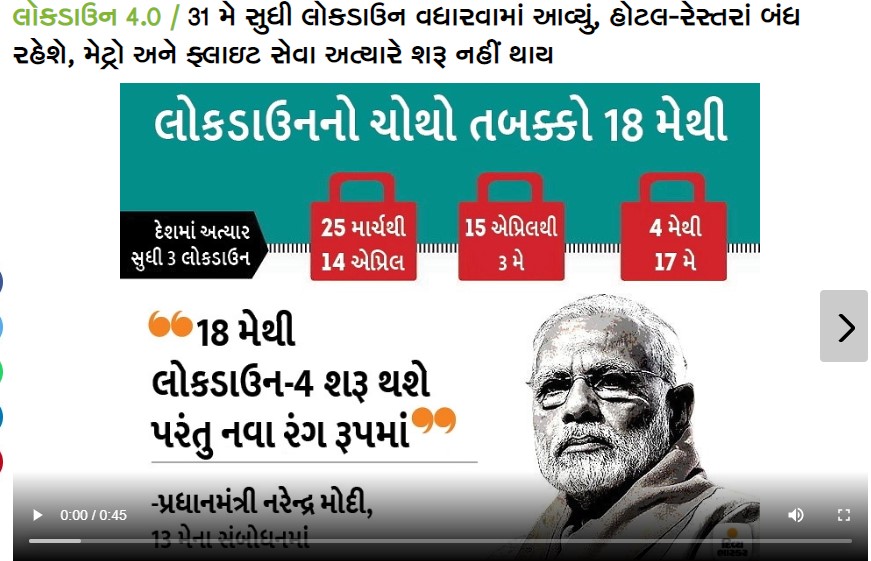 What will be closed according to the new order

- Every domestic and international flight except medical service
-Metro service, school, college
- Hotel, Restaurant, Cinema Hall, Shopping Mall, Gym, Swimming Pool, Auditorium
- All kinds of social and religious programs
-Religious places will be closed.
- The ban on going out from 7 pm to 7 am is still in force.
The following activities may be started with some relaxation
-Passenger vehicle and bus service can be started with the consent between the states
- Now the state government can decide which area is in the red, orange and green zones.
-Only required service will be allowed to continue in the containment zone.

Earlier on Sunday, six hours before the end of the third phase of the lockdown, the National Disaster Management Authority (NDMA) had written a letter to the Center and the state government asking them to extend the lockdown by 14 days. At 9 pm tonight, Cabinet Secretary Rajiv Gaba will hold a video conferencing with the Chief Secretaries of State. Tamil Nadu, Maharashtra, Punjab and Mizoram have already announced an extension of lockdown till May 31. 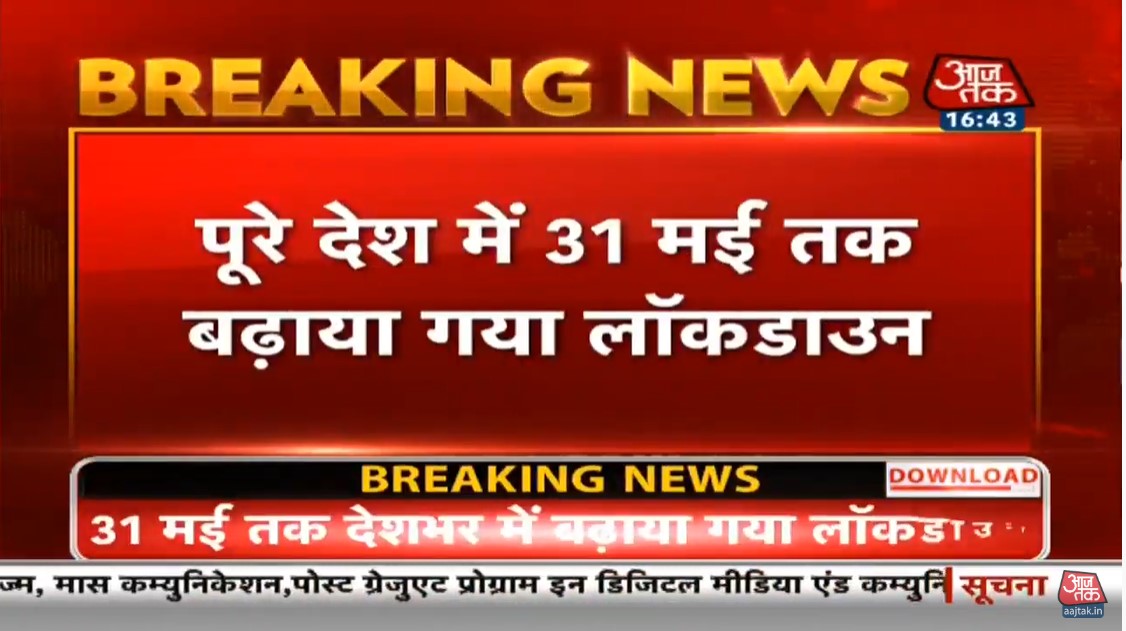 The Home Ministry may issue new guidelines at any time today regarding this Lockdown 4.0. Even Prime Minister Narendra Modi himself has hinted at increasing the lockdown in his national address. But the PM also said that Lockdown 4 would be completely new, with a number of changes to be made. 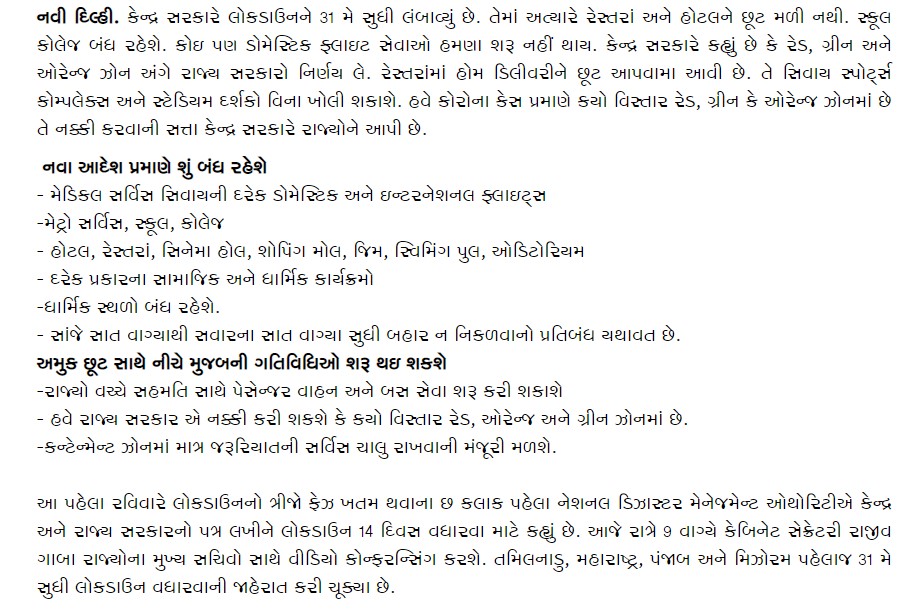 Officials in several states said the guidelines defining containment zones, a key guidance document for enforcing lockdown 4.0, would come by Saturday and it was likely to divide a district into red, orange and green zones, unlike the existing methodology of categorizing an entire district as red, orange or green.

What could be in Lockdown 4.0

- Citizens have to take care of their own health and safety
- The economy will be focused on Lockdown 4.0
- States can be exempted from the Center
- Travel and industries can be exempted in the green zone
- Also allowed to run buses and taxis in the green zone
- Tourist train will not start at present
- But special trains and labor trains will continue as before and the number and route will be increased 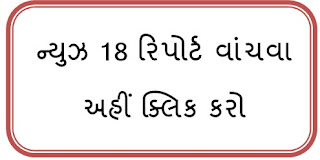 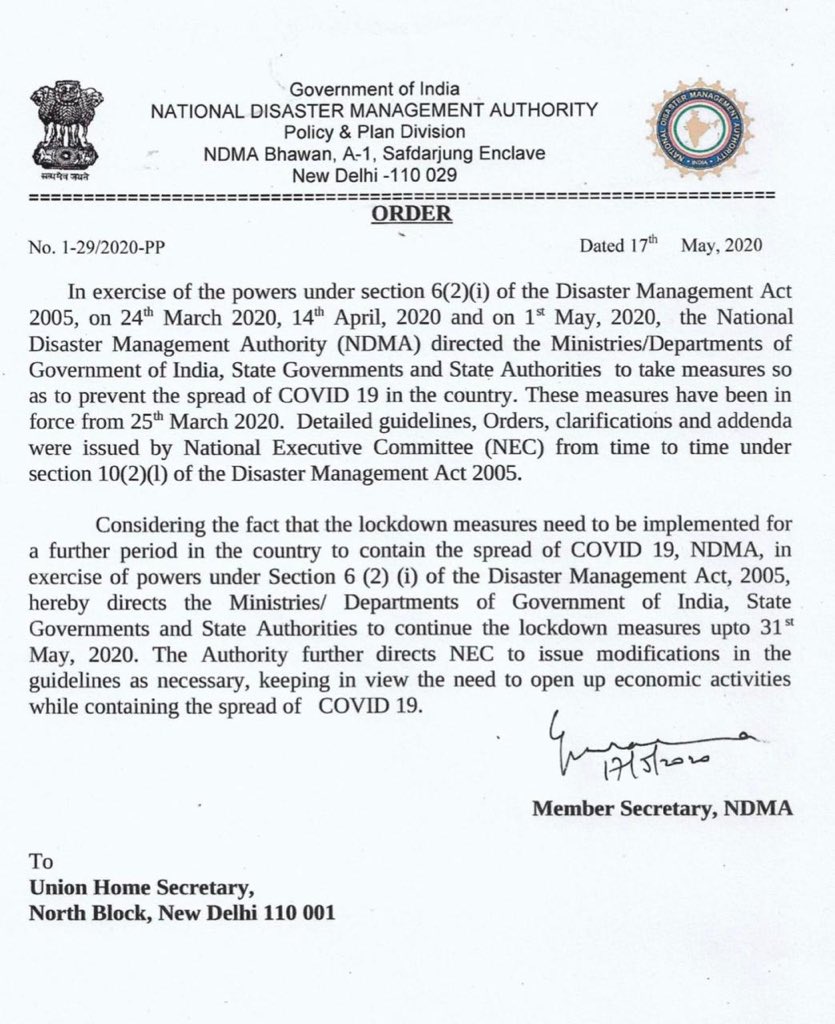 Some states have declared lockdown before the lockdown 3.0 deadline ends today
The central government has announced to increase the nationwide lockdown till 31 May. Lockdown 4.0 will now be 14 days, the duration of which has been kept till 31 May. Its rules and regulations will be announced in a while. Lockdown 3.0 expires today. When Prime Minister Narendra Modi announced the lockdown for the first time on March 24, there were about 300 patients of Corona virus in the country.

Stay connected with www.tethtatguru.info for latest updates
Important: Please always Check and Confirm the above details with the official website and Advertisement / Notification.
Tag : corona virus